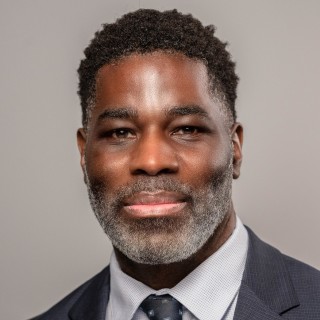 First elected in November 2017, Keith is a dynamic and motivating leader who is dedicated to the progress of people, his country, and his community. Born and raised in Petersburg Virginia, Keith has been a resident of Laurel, Maryland since 2003.

Keith worked in law enforcement for more than 22 years. In early 2019, he retired as Pretrial Services Officer for the Pretrial Services Agency for the District of Columbia. He has served as a Correctional Officer for the Federal Bureau of Prisons, a Correctional Officer for the Virginia Department of Corrections, and a Deputy Sheriff for Petersburg, VA Sheriff’s Office. Keith  is a retired Chief Petty Officer from the United States Navy.  His illustrious military career includes two deployments to the Persian Gulf; a 2001 mobilization for Operation Noble Eagle (9/11); and two deployments to Kuwait for Operation Enduring Freedom and Operation Iraqi Freedom. He has visited six continents, and with patience and resolve has displayed a willingness to learn about and understand other cultures.

In addition to his human service career and military service, Keith served as the Chairman of the Veterans Committee of the American Federation of Government Employees (AFGE) Local 1456. Keith served as the Vice President of the Board for Vistas II Laurel Lakes Condominium Association. Keith is also a current  member of the following organizations:
• The 100 Black Men of Prince George’s County, Inc

He has also devoted his time as a volunteer referee for the Maryland State Special Olympics Basketball Tournament. Always authentic and loyal to his team, Keith has a heart to serve.

As published author, Keith is also an alumnus for Virginia State University.