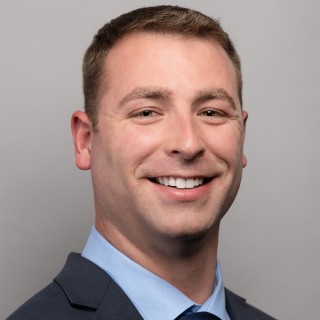 James Kole was elected to his first term on the Laurel City Council from Ward 1 on Tuesday, November 2, 2021.  He was sworn into office on Monday, November 22, 2021  Councilmember Kole was appointed to serve on the City’s Historic District and the Environmental Affairs Committee.  He previously served on the City’s Ethics Commission.

James was born and raised in Central Pennsylvania. He attended The Pennsylvania State University where he received a Bachelor's of Science degree in Landscape Contracting - Design/Build, with a minor in Horticulture. James moved to the Laurel area in 2012, to pursue a career in Commercial Landscape Management. James has long been active in his community starting from a young age as the chairman of his church’s youth group and head acolyte. In college James served a period on his town’s Borough Council. Since moving to Maryland, James has served on the Board of Directors for the MD/DC/VA Landscape Contractors Association as well as a member of the National Collegiate Landscape Competition Committee. In Laurel James is part of the Laurel Historical Society Gala Committee, the Main Street Organization, and Laurel for the Patuxent, where he served as the Co-Chair of the Riverfront Restoration Action Committee.

In his spare time, James is an avid gardener and loves to walk. His garden features an assortment of herbs, vegetables, and ornamental plantings. He can often be found in the afternoon's walking through Old Town Laurel or along Riverfront Park.