The Commission is charged with investigating ethics violations within the City and to ensure that all elected and appointed City officials, and all City employees, act in the best interests of the City in the performance of their official duties, and to foster a high level of trust and confidence in the citizenry with regard to the functioning of the City government.

The Commission meets quarterly, on the fourth Tuesday of January, April, July and October, in addition to when an Ethics issue is brought to the attention of the Commission.

Copies of all Advisory Opinions issued by the Laurel Ethics Commission (with identifying names deleted) are provided below:

Copies of Decisions resulting from public final hearings on alleged Ethics Ordinance Complaints are provided below: 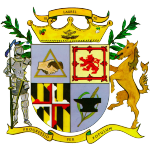 Office of the City Administrator

The citizens of Laurel are our most important asset. Our goal is to provide our citizens with the best possible government. To ensure our commitment to citizen service, we will: